Producer Episode 4 - Funnier Than Seeing Someone Tased on TV 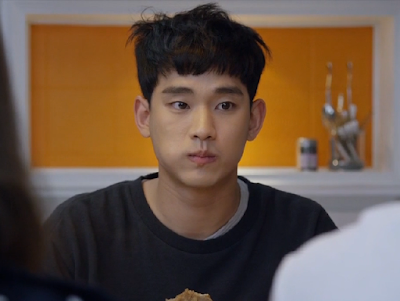 In my house we have a base level concept that we always find hilarious, and we then tend to relate all other comedy against it.  Kind of like how everything tastes like chicken....  For us it is whether we find something funnier than watching someone get tased on TV.  Before you look at me all askew, I realize that being tased in real life is an unpleasant situation that is NOT funny.. But do it on TV and this ahjumma can't stop laughing.  So it is with great pleasure that I count down the moments I found funnier than watching random idiots getting tased.  Hmmm do you think there might be a tasing competition one day on this fictional 1n2d?  That would make this drama perfect comedic 10 for me. 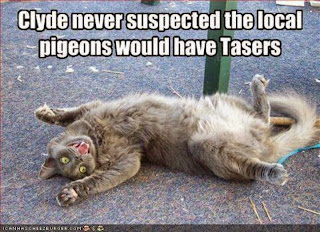 Just a quick note on my feelings about the slight style change that came with the switching of directors in episode 3.  I don't really care either way.  As long as I remain entertained I am good.  I enjoyed the extreme meta of the first two episodes, and also loved the switch to the more personal with the meta jokes becoming more blatant.  I do know that I enjoyed the slight shift of Cindy's character the most in Episode 3.  She jumped from least favorite, to favorite storyline for me in just one episode and I hope her story continues to delight in episode 4.  I guess what I am saying, is that as long as I remain entertained I am a happy kaddict. 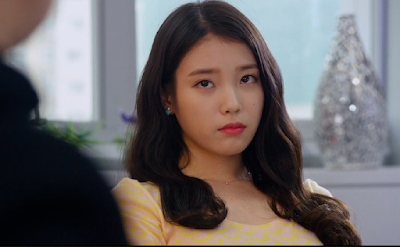 "She's old, has a bad personality and is horrible at repaying money."
The only thing cuter than regular literal Seung-Chan is an uninhibited informal drunk Seung Chan.  We discover this as Seung Chan over-imbibes, remembers that he was supposed to deliver Hatteok (kind of like a pancake with maple syrup in the middle) to Ye Jin, and shows up at her doorstep.  At which point he falls onto her, rouses himself enough to pinch her cheeks, and then crashes on her couch. 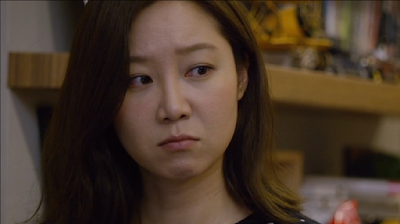 The next morning, the reserved, clueless, Seung Chan is back eating Hangover Hotteok... hahaha leftover from the Hotteok that he had delivered the night before.  His hair is sticking up and he resembles an adorable little kid.  The best part is Ye Jin and Joon Mo trying to explain how they are living together, but not "living together" (wink wink).  At the end of their convoluted explanation Ye Jin asks Seung Chan "Do you really get it?"  Seung Chan just blinks at them.  "He doesn't!  What do we do?"  Hahaha I am quickly falling in love with Seung Chan's blinks. 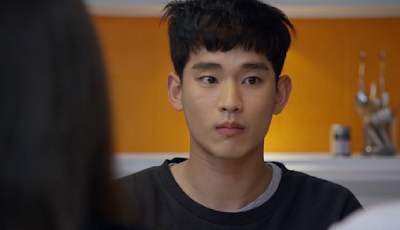 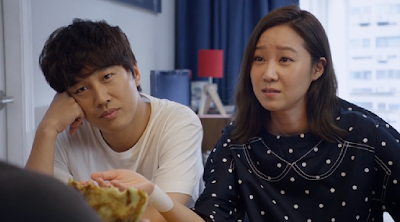 Meta JYP
I LOVE LOVE LOVE that they are keeping the JYP jokes coming on strong into episode 4.  Every time he comes on screen I can't stop laughing.  From having a promo for his company before his live chat with Joon Mo, to his fake buffering to get out of answering difficult questions.  And to top it all off, the fact that he offered himself to be a contestant on the dating show instead of Suzy. Someone has a huge ego.  And on the off chance you have never seen the unsubtle JYP persona outside of this drama, check out his latest MV.

"I am a pro.  So easygoing.  Look at this, there is a fingerprint on my mirror and I am not even complaining"
Oh Cindy, how you are amusing me.  I have to admit that this is the character that i look forward to watching the most now.  While I thought the diva act was mostly a facade, little did I know that the girl is a 100% princess, abet a princess wanting to come across as more of a commoner. 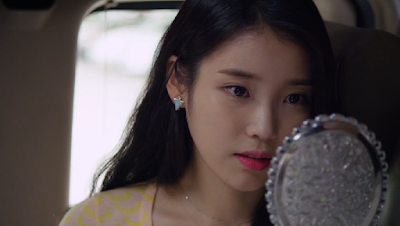 Cindy agrees to participate in 1N2D's with a million conditions like no soup, no being  dunked in water, no filming after midnight.  Things that are a staple for that specific variety program.  She also plans her "character" that will be shown to the nth degree; determined to seem approachable and down to earth.  Something that is hard to do when you are used to being pampered 24/7.  Let's just say that Cindy plus 1N2D is going to be a train wreck of epic proportions. 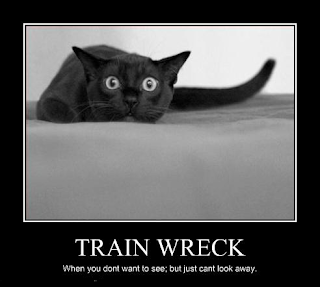 Sure enough, all attempts on making Cindy seem approachable fail (I would have laughed so hard if she had actually drunk the fish oil coffee). And she is relegated to the loser category and forced to go off with Seung Chan to an alternate campsite for the night.


Helicopter Parenting
CEO Byun might not be Cindy's real mother, but she can helicopter parent with the best of them.  Offended that Cindy was not chosen to partner any of the boys, CEO Byun storms onto the set demanding for a redo.  She then stomps up to the other 5 kids and starts grilling them on whether not picking Cindy was a plot by a rival music company.  Hahaha this character's moniker of "Dragon Lady" is sure apt. 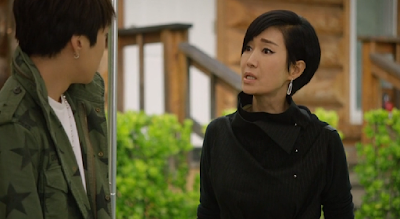 "It's like notting hill... a top star falling in love with a commoner."
Poor Cindy is oblivious to all of this as she, a camera man, and Seung Chan are lost in the woods.  Not only that, but her attempts to get Seung Chan to carry her bags are met with failure since he is too literal.  Poor Seung Chan did not understand the subtext of Cindy telling him that she was going to choose scissors while play Kai Bai Bo.  This resulted in her lugging not only her bags, but also Seung Chan's.  Hahahaha.  And since the cameras were filming, she couldn't even have a princess rampage. 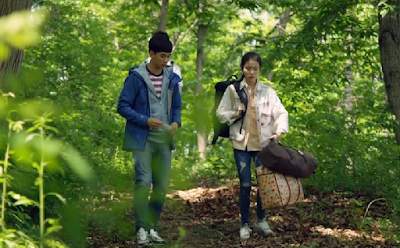 "You must think of me only.  Be completely on my side."
Cindy eventually is able to vent when the camera man takes a break and yells at poor Seung Chan.. To add insult to injury, it begins to rain and you can tell the pop princess is about to have a break down.  It is at that moment that Seung Chan comes close to her and covers her face with his hand (who knew a hand could be sexy).  He then reaches behind her and opens the KBS umbrella that she had borrowed from him.  Yup, I think we have officially created the "ship" I'm going to be on and that ship is titled "Umbrella Couple". 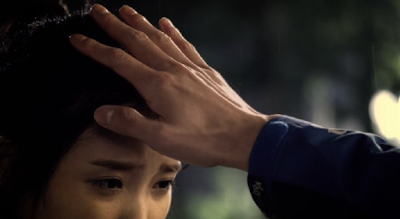 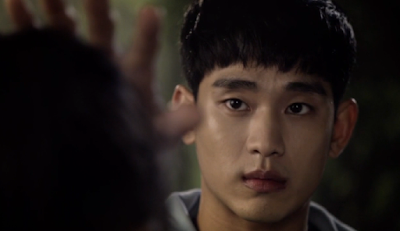 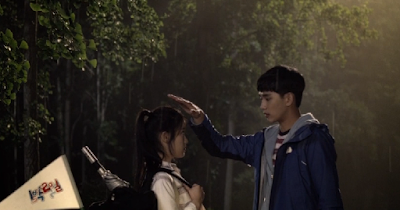 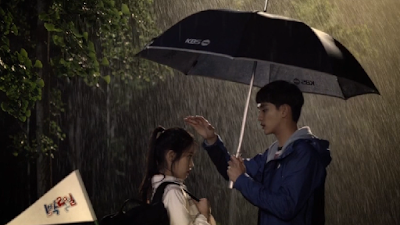 These feelings of OTP (One True Pairing) love are only cemented as we see the extra scene in which our cute puppy Seung Chan is looking through the tinted window of Cindy's van.  Cindy stares at him openly with a smile on her face before opening the car door and asking if Seung Chan was searching for her.  SQUEEEE.  So cute! 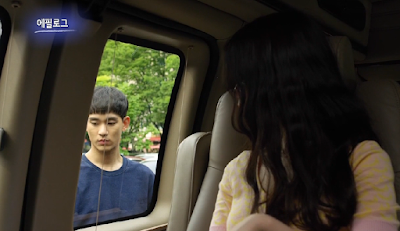 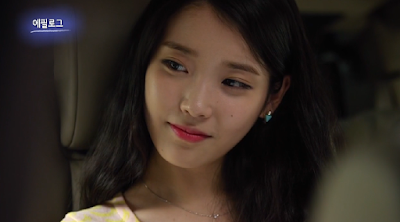 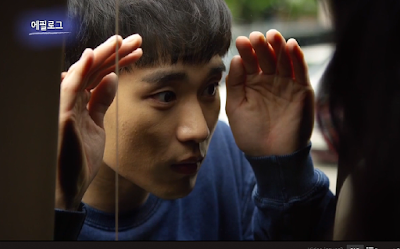 Be sure to check back this weekend as we find out if Dongsaeng shares my ship, or is branching out on a leaking lifeboat.  UMBRELLA COUPLE 4 THE WIN!  Also take a glance at our other dramas we are recapping which include Orange Marmalade, Ex-Girlfriend Club, and Mask.  Yup, we are some recapping fools this summer.  We Ahjummas also love to hear from our readers so feel free to send us a comment or chat with us on our FB page or twitter (@thecrazyahjummas @amberkmuse).